Michelle Boag's statement of how much water it takes to produce apples leads to new business innovation in the apple industry.

Kumeu orchard Looney Fruit has just produced the world’s most thirsty apple.  Orchard owner Mike Brown explained that their latest variety of apple, named Zillandier took 200,000 cubic litres of water to produce.  The apple has a sallow appearance and will dissolve in the consumers hand, Mr Brown therefore recommended that consumers eat the produce with a spoon.

“We see a big market for this produce in rest homes and hospitals as it will be very easy to turn into a puree” – Mike Brown.

Mr Brown said he was inspired to produce the apple after hearing ex-National Party President Michelle Boag explain how Labour’s tax on commercial water would lead apples to cost $4 each.  At a rate of 2 cents per cubic litre, that would mean that the average apple could cost up to $4 each, explained Ms. Boag.

Mr Brown explained that at first, he thought that figure seemed a bit high, but as he was going to be affected by Labour’s tax and because he has always been a National supporter, he wanted to try and make the apple for himself.  Mr. Brown said he is pleased with the outcome and would urge other producers to use the same amount of water in their apples “this product is genius, it’s so soppy, it’s perfect for old people who have trouble chewing, also we have an aging population so I predict more demand for this product in the future”.

Zillandier apples will be available in supermarkets from next week. 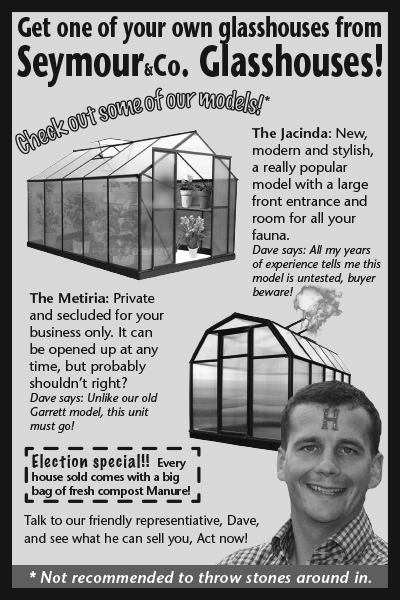